Why is Brisbane Australia’s next boom city? 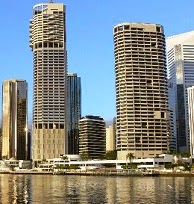 Not every Australian real estate investment road leads to Brisbane at the moment, but most of them do.  The Queensland capital is very clearly Australia’s next boom city for so many reasons.
Brisbane is a market full of opportunity for those considering investing in property. You’re in this game to make money and first and foremost you’re looking for strong capital growth. As soon as you get off the plane at Brisbane airport you can smell capital growth.

Median House prices in Brisbane are expected to rise by 17% over the next three years. The rental yields are consistently better than all of the other Australian capitals. The average rental yield in inner city Brisbane is nearly 6%.

The population of Brisbane is set to double to 4.6 million by 2031. Those who buy now are really getting in at the ground level of the boom. Houses and apartments in Brisbane are on average 40% cheaper than Sydney, 30% cheaper than Canberra and 20% cheaper than Melbourne.

Suburbs of note include Chernside, Nundah and Zillmere. The nearby Sunshine Coast has also experienced a renaissance of late thanks to increased infrastructure spending and affordability.

Where you invest in Brisbane ultimately depends on your budget and your investment strategy but in every rising market there are always suburbs that achieve much stronger capital growth.
With housing affordability the way it is, lower priced properties are in greater demand than more expensive ones. More people can afford a $300,000 house than a $1,000,000 house. The more people trying to buy a $300,000 house the more pressure there is on houses in that price range.

Suburbs around 3 – 10 kms of Brisbane west including Toowong and Indooroopilly have plenty of investment opportunities. Here the benefits include good access to the city and the university while offering affordability and strong long term growth prospects. These suburbs all have solid long term growth rates with average annual growth of around 6-8% over the past 10 years. Long term growth prospects are good with improved transport links to the CBD including plans for a tunnel between the Western Freeway at Toowong to Everton Park.

Toowong has been called the “North Sydney of Brisbane” as it has a mix of commercial and professional space with residential areas, close to the CBD. Toowong is also on the Brisbane River
and has its own commercial hub. It is a vibrant, buzzing suburb with a major shopping centre and a train station. Toowong has also had consistent growth over the years, with some growth every year over the 10 years to 2011.

The Brisbane investment property numbers do stack up.

By Mark Parton
Posted by Unknown at 7:00 AM

Rentpluz is a property management software that support landlords to manage their property rentals more effectively and provide world-class services to grow their business and keep their tenants happy.